A meeting held at Nizamabad under the joint auspices of the Human Rights Forum and All India Kisan Mazdoor Sanghatan demanded the Union Government to introduce the two bills in a bid to relive the farmers from distress. Speaking at the occasion the human Rights Forum Telangana President Mr. Gorrepati Madhava Rao said the successive Governments have done nothing precious to bring relief to the farmers in distress. The debts of the farmers standing as on 20 November 2017 be scrapped and a Commission on permanent basis be established to review the situation from time to time. Another reason for farmers’ suicides is non -getting of remunerative prices for the produce, he said and demanded a law for assured remunerative prices for the agricultural produce. Other speakers included Akula Papaiah, AIKMS state functionary, Ms. Aruna Rekha and Srihar Acharya, former
General Secretary of Nizamabad bar Association and Movva Nageshwar Rao, district president of CLC. Gangulu, district vice president of HRF and S. Gangadhar of AIKMS presided over the meeting. 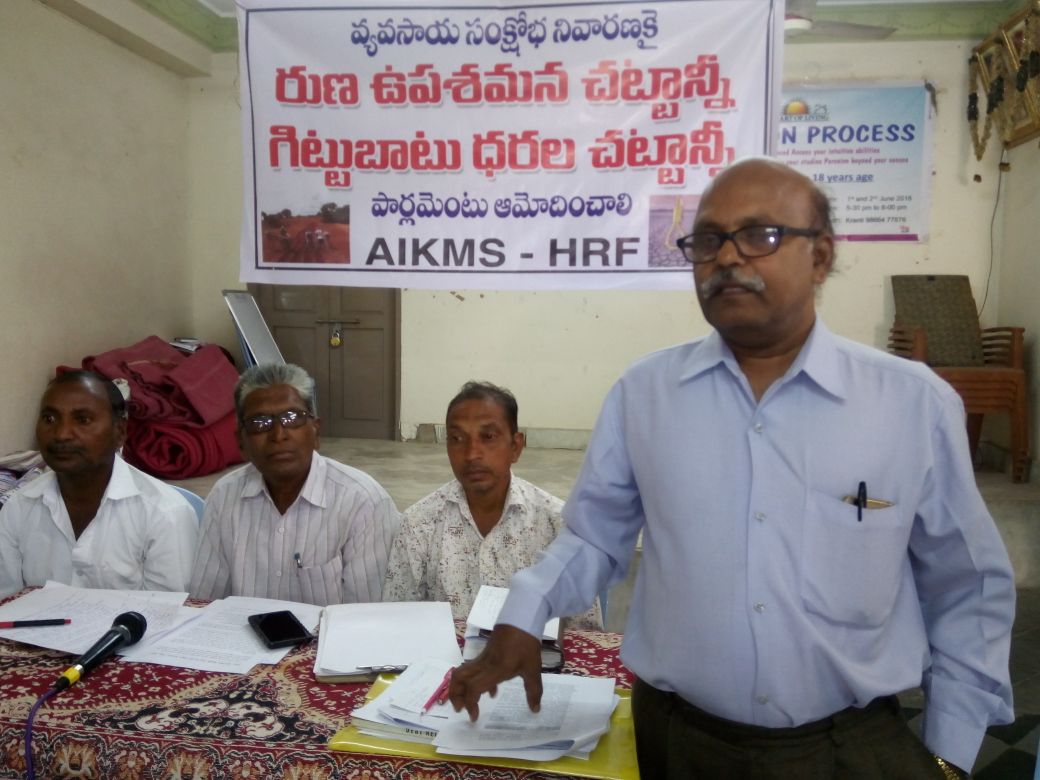