Kashmir — What we are NOT told on the news

What do we usually do when we’re losing an argument and want to save face? We deflect attention onto something else!

Despite our country as a whole having incredible amounts of wealth and resources, our government is doing nothing to ensure that all of our citizens feel included and cared for. The government is failing us by not ensuring what’s needed for us all to live decently: secure jobs, affordable health care and quality education.

To save face and to deflect attention from such an embarrassing reality, the government has gone to the demeaning level of fabricating fake “threats to the nation”: Kashmir, Pakistan, Muslim migration into our North-Eastern states, Terrorism.

None of these self-serving “threats” even comes close to the threat that our own government poses to the well-being of our citizens. For example, compared to the trumped up threat of “terrorism”, literally thousands of times more people are killed by non-provision of basic health care, non-enforcement of pollution laws, and non-provision of remunerative prices for hard-working farmers, leading to their suicides.

To protect our own ordinary people’s interests, we need to resist being cheated by such distractions and stop coming to conclusions about “national threats” and “national interests” based on self-serving government propaganda.

Let us get together in Hyderabad on 13 October to know the truth behind what the government is doing in Kashmir in the name of terrorism and the North-East in the name of the National Registry of Citizens. 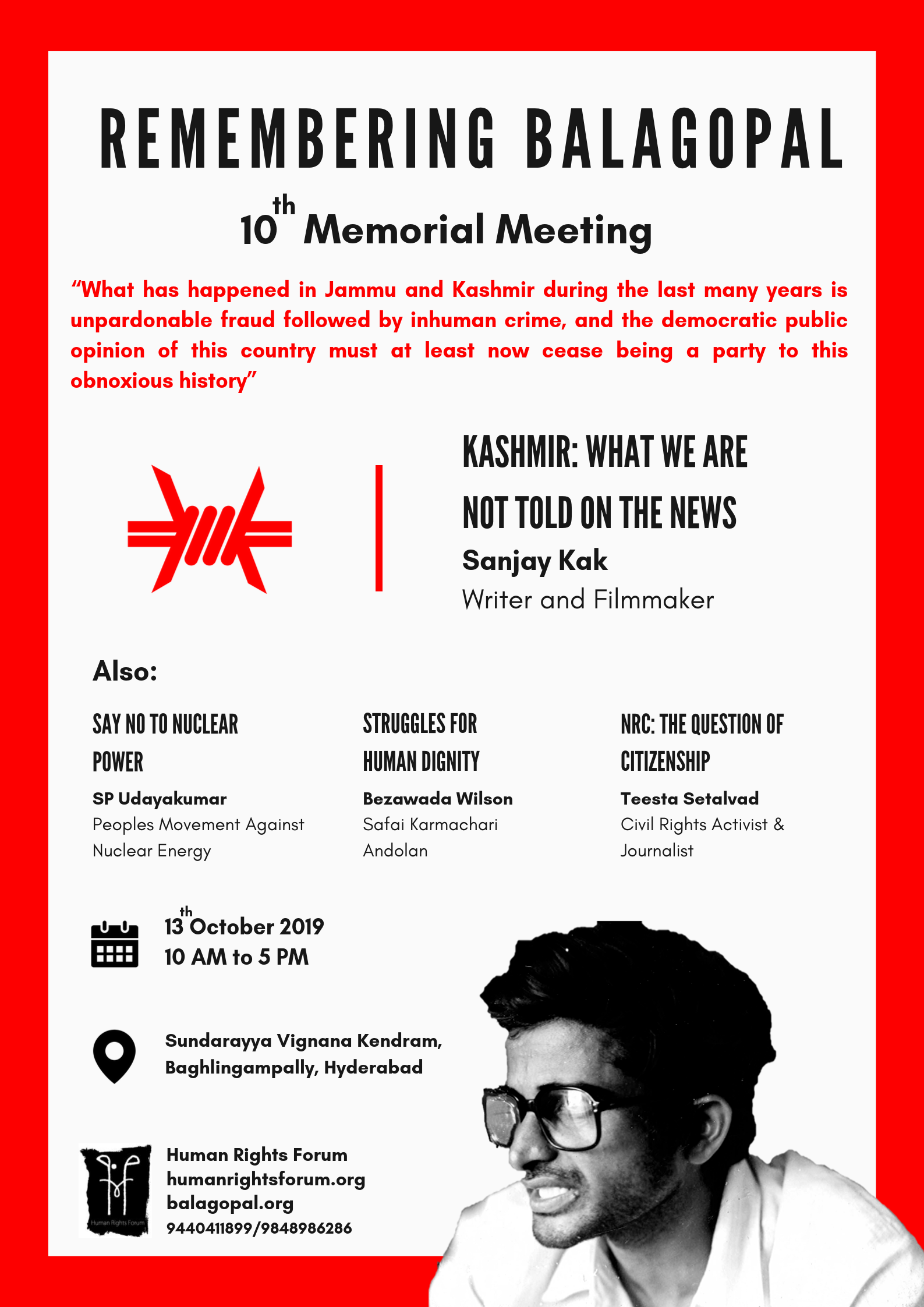